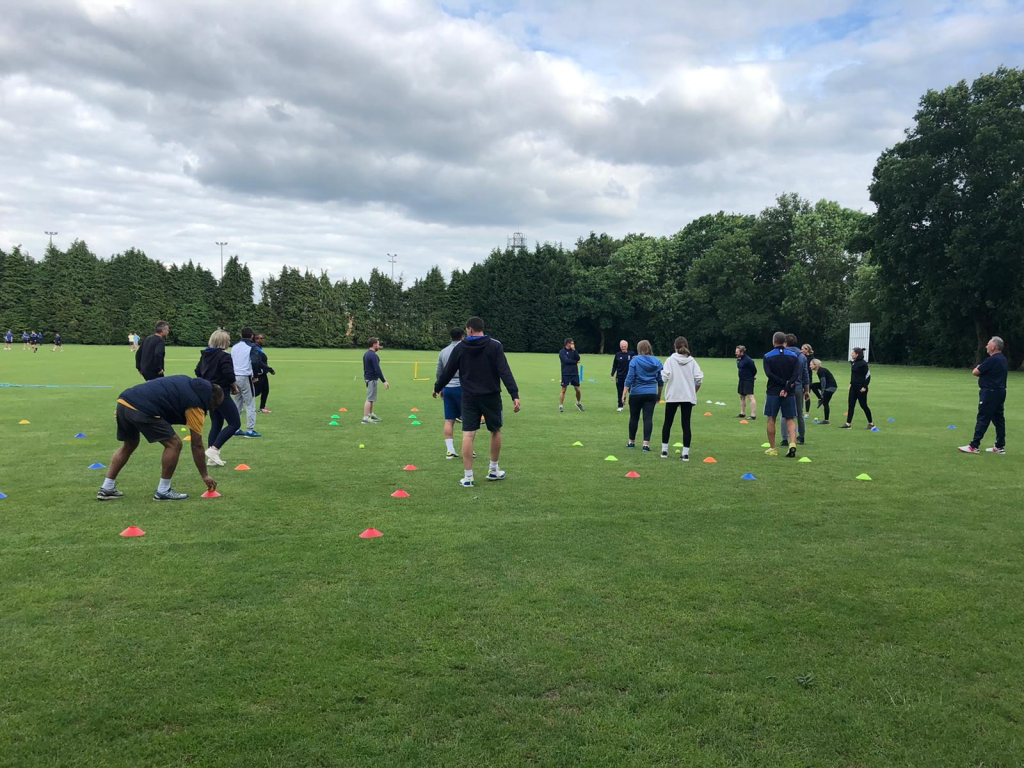 Bluecaps in Brief: Under Pressure

This Sunday marks the second round of the Chertsey Premier League and time for old rivalries to be restored and history to be rewritten. We may be more excited about this than the return of Love Island you know…

If you're not familiar with the format check out all you need to know here over on the website to catch yourself up.

As things stand Grove Armada sit pretty at the top of the tree on net run rate after that huge win against Bourne Stars in the last round, and because of the way the fixtures have fallen it means first place v second Gogmore Knights kick us off at 12pm and third placed Meads Enforcers take on Bourne Stars at 3pm, so even at this early stage we'll get an indication of who'll be heading to their final destination come 7pm-ish - it's all to play for. We’ve had a sneaky peak at the teams and no spoilers, but it’s going to be a good ‘un. All we will say between us squirrel friends is that we’ve  got a Public Draft entrant living their best life, some absolutely banging CCC legends returning to the fray, and a couple of new luxuries to enjoy… nope, nope, we’re not giving anything away. Well for some of Suzi Q's glorious halloumi fries we might let you into a secret or two.

The 4th XI game at the Rec was called off early after a pitch inspection Saturday morning so a trip to a ground hidden just off the A3 was in order (miss it and you end up in deepest darkest Putney), Old Emanuel. We arrived with the 1s having lost their openers on a surprisingly truer deck than we expected considering the amount of rain the day before. Captain Ogle and JR were using the deck wisely, taking their valuable singles and nurdling away - and it was a race to see who got their half century first, unfortunately Captain Ogle fell just one short, and it was JR with the long-overdue knock. Old Emanuel are renowned for being a strong batting side, so 200 was the target, and it was 200 on the button the 1s got. Old Emanuel lost their openers fairly quickly too, and as the middle order tried to build, their tail just couldn't quite get there and a valuable win was secured, the youngsters Jamie Anthony and Josh Jackman involved with 3 a-piece.

Over at the labyrinth that is Imber Court the 3s didn't want us to know their score v Esher weirdly, as Esher had made hay and accumulated a ridiculous 281 from their 40. We won't dwell on how and why*, we just know rain and cold does funny things to people and therefore weird can happen. We felt strangely confident though, as if anyone was going to have a go at knocking it off it was the 3s, such is their way. Elliott Bloomfield started promisingly, Tommy Duffy unlucky not to capitalise (it's coming Sir) but it was Tom Bolger who was the difference, taking on the bowlers, and at the same time over at the Edward Stern in a near-mirrored game brother Troy was trying to do exactly the same thing against Farnham for the 2s, who had been dismissed for 142 in a hectic Chertsey bowling innings. Positives included Hugh Aish-Lyons waltzing away with his first 5-wicket haul of the season, removing the first three single handedly and Sam Stratton doing well on the promotion from the 3s also, bagging a wicket and run out for his trouble. In reply opener Paul Hardwick started well with 34, but no-one coming after really made a dent on the innings, and Farnham and Esher came away victorious and we could retreat to the warm.

* To all those feeling hard done by over the weekend - you could have been Buckden CC of the Huntingdon County League, who were bowled out for 2 all out (no we haven't missed a digit, and the two were extras) chasing 260 against Falcon CC. Rain does funny things to people.

On Sunday the Ladies travelled down the M25 to Redhill and their first outing to South Nutfield in the league. Bowling first, Carli Weston removed the opener and her partner and Blueberry Edith Schofield bagged her first two wickets for the Ladies and it was herself, Amy Bailey, and Rosie Barnes (who came away with three) who cleaned up the rest between them, South Nutfield acumulating 187 off their 30. In reply opener Rosie Barnes was unlucky not to progress with further with her 20, and Carli coming in at four filled her boots with 37, including three fours. Dee Douglas also got her best batting figures to date with 32*, and the Ladies left with 152, their highest total so far.

We now move onto timed games in the Championship for the mic check 1s & 2s from Saturday so expect that mind boggler the losing draw (not on our end obvs), and in other news we're nearing the halfway point in the gem that is the Social League already.

Tuesday evening saw a whole new raft of Support Coaches give their time and undertake their training to guide our Colts of today and tomorrow so if you see any at your training give them a little pat on the back...