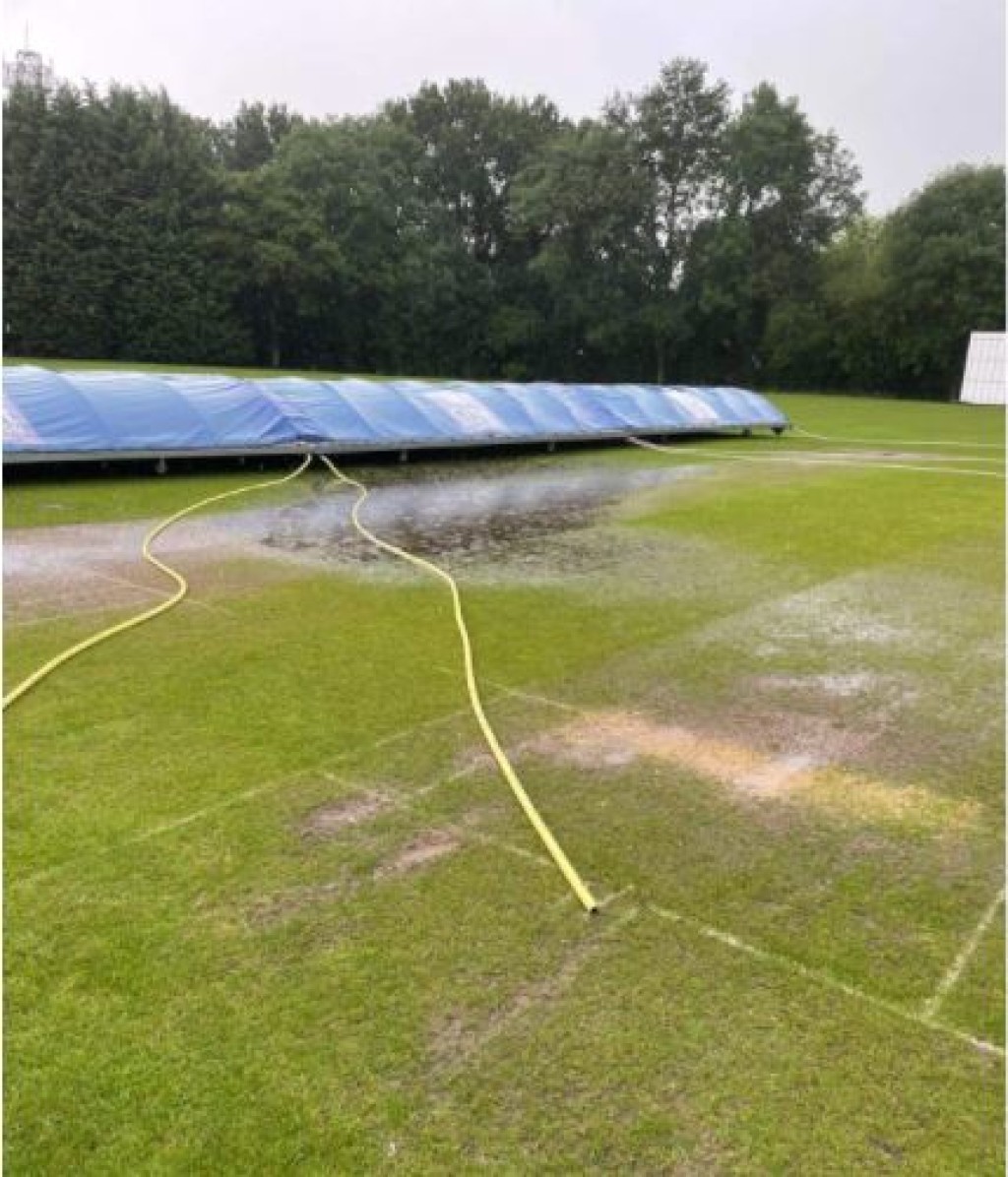 Bluecaps in Brief: On the Road Again

If you're here for the usual epic drawn out virtual conversation about the amazing cricket we've had over the past week, you're not completely in luck (we see you punching the air), as EVERYTHING was cancelled up to the Ladies' game last night due to the relentless onslaught of rain we've been experiencing (you know our feelings on that already). Saturday morning's downpour caused the most damage, all games were off by 10.30am  - in fact the photos coming from the home ground showed water under the covers due to a high water table so no amount of clearing up would have sorted that one out and we've been drying out ever since.

Now though, the sun is finally out(ish) - hurrah! So we're all good to resume Summer, and just in time really as we've had two big cricket events this week, the second (first later) being the Social League, which comes to its conclusion tonight - big love to Mr Luff and the teams for putting on a show every Thursday night in what was a welcome season.

The table as it stands is showing three teams in line for adulation, our most hotly contested title since the last one by the way - Marist, Pirates, and Football Club, who could all end with 40 points each causing all kinds of carnage (we voted for a yard of ale-off and it got vetoed) - but all eyes will be on the Rec where Marist take on Otters 11, if Marist win the game they will be the outright league victors for the first time since their incarnation in 1997. See all the winners to date here.

In other news this week the Colts parents (U9s upwards) will have had their Colts Dinner invitation via their WhatsApp groups and via email in the last few days. To buy your ticket and select your meal options you'll need to go online through the website here (we've tried ordering everything on the menu, it doesn't work), and you have until 1st September when we'll close the window so get cracking if you want to be there.

The other big event of the week was the Ladies' knockout crunch Slam quarter-final tie against Richmond last night, Chertsey topping their Slam group, Richmond second in theirs. Richmond came out the blocks firing, but once ends were changed after 8 overs things started to happen... Britt Measor and Beth Norman-Walker with some tidy bowling, Bonnie Edwards asking all the right questions, this brought about the wickets, and Richmond went on to accumulate 126. In reply Chertsey started cautiously, lynchpin Carli Weston sticking around until the last over, in particular a good stand with top scorer Lucy Weber, but despite taking their chances, Richmond didn't give a lot away and boundaries became elusive, Chertsey falling shy of the total ending an excellent Slam run and plenty to build on next season (virtual round of applause).

You might want to scroll down this next bit, it's not pretty...

Saturday 14th August
With four games to go its time to get back out there and resume the league season... we've got things to finalise.

If you want to follow his lead and sponsor some matches from as little as £20 (you've not got long left), you can find all the details here.