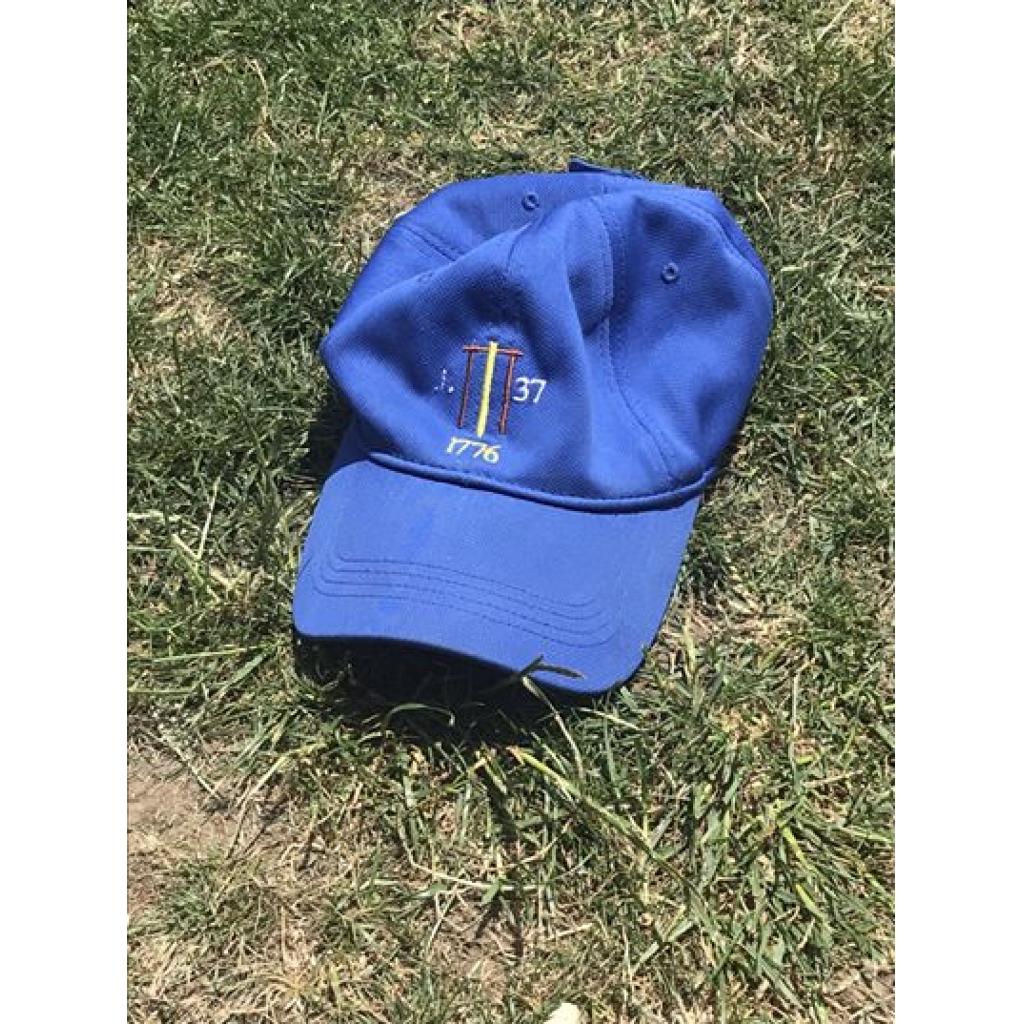 Bluecaps in Brief: Nowhere to Run

In Case You Missed It

CPL Round 2 on Sunday didn't disappoint. So when we look at the team sheets, there's always a luxury player's name we don't recognise, "Risky's Mate" for example, to the point where we've almost given up trying to dechiper who they are and will write as seen, whoever they turn out to be. This time around the name "Ballers" drew attention. Ball-ers? Couldn't place him, is he another Kemptonite? We were delighted when the ringer in question was none other than Ryan Ballerino, aka The Chertsey Prince™. Ballers kept us highly amused throughout the Armada v Knights match, regrettably nearly obliterating his face twice, and he had such a good game #ballersforengland was the no.1 trending subject on Twitter for a short time, then some Kardashian took his place. That last bit's not true.

It was certainly a day for topping up the cricket tan, I mean who needs Lanzarote when you've got Costa del Cherdy eh (scorebook note: "It's hot, might be too hot"), so much so we needed to find a shady spot after turning a little fuschia, fresh from caning the rays sans suntan lotion the previous day at Ashford. Not a good idea kids - lotion up. Our choice was just behind the original Old Gits Bench in the bushes, but Elliott Bloomfield still managed to locate us like a heat-seeking missile and we wore one on the shin. Bloomfield 1 Comms 0. Some had probably wished it was a little higher up but we can comfirm our teeth are still in our face.

All in all though it was the batsman's day - over on Instagram you voted in your single figures for the performance of the round. In contention was Ash Bhat, the Armada's luxury player, who's shot selection had us all agog while posting a stylish 82, but Bloomfield & Sloan's partnership for Meads Enforcers was just pipped to the post by Dave Risk's flamboyant early evening win-sealing century for the Bourne Stars, he went so big he managed to hit Ron's house with his last ball for gargantuan a-six-a. Sorry neighbours.

In other notes was the Meads Enforcer's Big Al, an absolutely lovely man, but when he rocked up in a vintage Meads shirt, very different to his teammates, the reason upon questioning was as his CCC scorecard name suggests, his "broad shoulders" couldn't fit in an XL, think Rakeem Cornwall stature. So we've set up a crowdfunding page to upgrade him to an XXL, donate generously members, it'll be a lot of fabric. Have to keep a luxury player in the manner to which they're accustomed don't we. Penultimate round is Sunday August 16th when the new residents of the pirate ship will be decided for Finals Day *cough* Grove Armada?

Here's where we currently stand:

We didn't quite make the trip to Newdigate to hang out with the 1s for their friendly, instead we were otherwise indisposed (more on that in a mo) but they had an absolute whale of a time by the sounds of it, with the majority of the team filling their plate with runs (Elliott Bloomfield, opening the batting and scoring 53, Taylor, 43, Loveridge 43, Burton 41, Adam Powlesland 33*), first team to get 250+ runs this season in a match.

Instead we parked up with the 2s & 4s thrashing it out at Ashford against their respective compadres in the Challenge Cup. Ashford CC, reminiscent of the Nevada desert, is an unforgiving place, very little shade, and the bar's 100 miles away. Primarily stopping us from commencing the drive down the '25 were the 4s, who's match had us on the edge of our seats over on pitch 2. We arrived just as the batting innings was coming to a close, ending on a healthy 142-9. More than enough for the kids to get their teeth into. And chow down they did. If there's one team you need to visit to ease yourself out of isolation gently its the 4s, you won't be disappointed, guaranteed theatre - props on this occasion goes to Arthur Walmsley behind the sticks with 3 stumpings, Stuart Greib (not a colt btw), Connaill Keating & Ethan Austin all with 3 wickets a piece, and Dylan "The Panda" Pandya with his first wicket for the senior side, wrapping up the Ashford innings in entertaining style, and restricting the hosts to just over 100 runs.

Not exactly having such a riot over on pitch 1 were the 2s, who we somewhat neglected during all this mayhem, toiling against a resolute Ashford side, and coming out the wrong end of the situation. The 3s were gifted a rare appearance at the Club v Englefield Green in their Challenge Cup fixture, and after reaching 135-8 after their 40 overs, gave themselves work to do in front of the Edward Stern crowd.

We think the person who had the best time of it though was the 4s' Bruce, who looked like he was Phillip Schofield in the broom cupboard in his shady scorebox, heartily chipping in with encouragement every ball through the flap.

Saturday 8th August
Saturday sees us back in Challenge Cup action and making the trip back up the A30 when the 1s and 3s visit Ashford again (we didn't really sell it first time around did we - we can recommend the McDonalds opposite the hospital, excellent Big Macs), bagsy the scorebox, while the 2s face Crowthorne in a friendly and the 4s will be residing at the Rec for the afternoon with Englefield Green.

The Comms team have started putting together a little monthly round-up of some of the Colts matches over on the website that are worth a read, check it out here.

The Social(distancing) League
Woodford take on Marist in the battle of the stork beak plier v crucifice tonight.

Right, we're off to invest in a vat-load of factor 50, see you at Short Lane (again), bring a hat.

Subject song: "Nowhere To Run" by Martha Reeves & The Vandellas