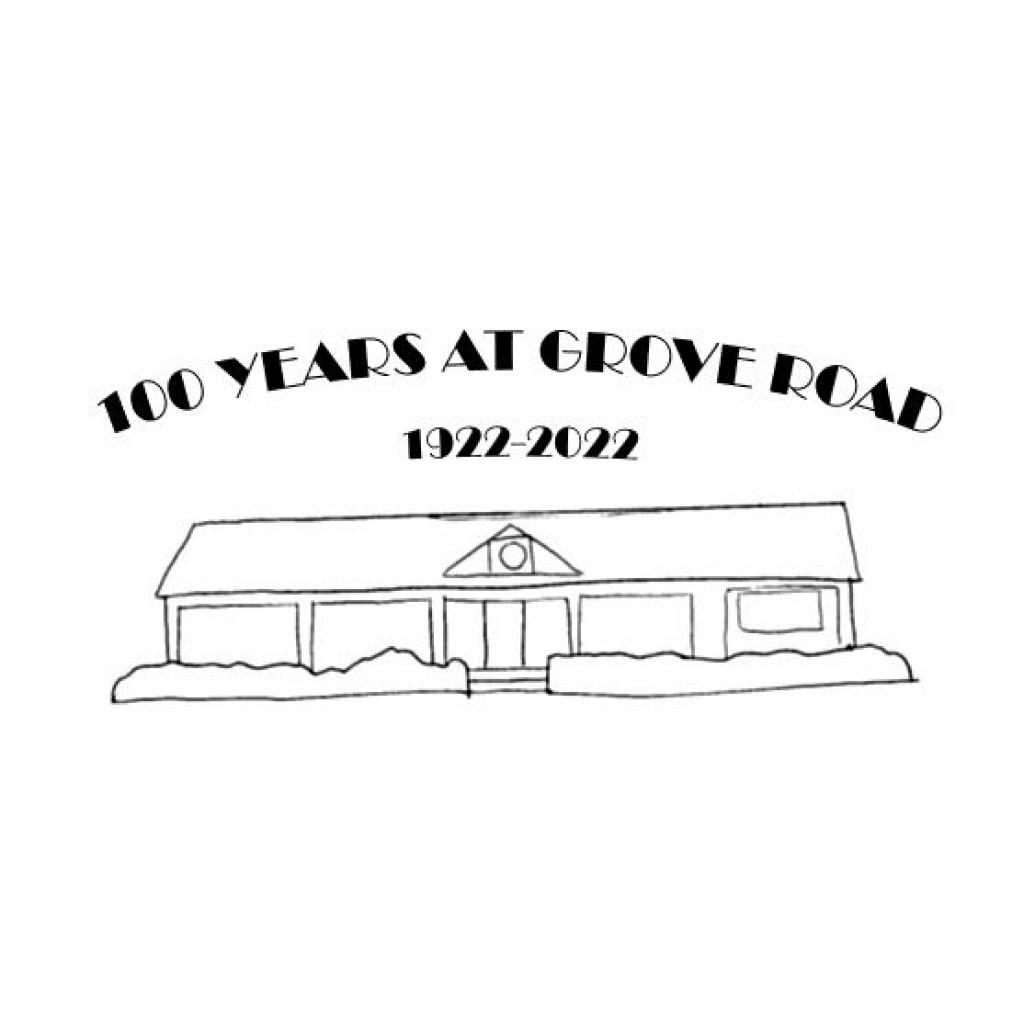 Welcome to the first Comms email of the Chinese new year of the Tiger. We're hanging our cap on each new year in the theory if the last one hasn't gone too well, we've got another one coming up.

The club is starting to roar into action after a productive winter break, and we have so much to catch you up on; a bona fide legend heading to Chertsey in a massive coup, a big focus on the centenary celebrations, and one of the teams have earnt themselves some spoils already. Easy tiger its only February! (i thank you, we're here til the AGM) Got to look after those Tiger Feet. We're done.

First up we are very excited to announce we have secured the coaching services of ex-England International and Surrey legend Martin Bicknell no less, who brings with him a wealth of experience during his 35 years on the field. He will work with the 1st & 2nd XIs during training for the first part of the season.

This week saw all sections excitingly shaking off the winter weariness with the commencement of winter indoor nets. Good to get back out there isn't it? If you're interested in joining a session and haven't been before get in touch and we'll point you the right way. For those who have their tribe already keep in touch with your Whatsapp groups for all the latest updates.

Sessions are priced at £5 each and can be paid via the wonder of Slate. For those not frequenting Slate contact your lovely coach or captain.

The very best of luck, here is your schedule:

Please note though tonight's session at Chertsey High is cancelled but will resume next week.

Some of you barely took a breath away from cricket over the winter - as late January also brought us our first piece of winning news. As you may have seen on our social media, the 1's have rolled back the years and embarked on an Indoor campaign - and a successful one to date at that. We hand over to our roving correspondent David Marsh at Fulbrook School:

In a 4 team group along with Cobham Avorians, Walton and a T20 Community team the 1st XI started their campaign back in November with a game against the T20 Community team..... and it was a steep learning curve from Game 1.

For those unfamiliar with the indoor format, its a 12-over 6-a-side game, with 1 run for hitting the side walls, 2 runs if you run, 4 if you hit the back wall and 6 if you go full over the bowlers head (bit like indoor cricket then - shhh we don't talk about that). Because it is time limited to one hour, its 3 runs for a wide or no-ball with no extra balls. Maximum of 3 overs per bowler which means some of the more renowned batters having to chip in with a few overs. For the bowlers, you can be caught off the wall, so this is a game for the big straight hitters and those that can nurdle the ball into gaps and run! Well, how did our 1's cope with this..... (a par score is 120-140).

They followed this up with a nail-biter against Walton, winning by 1 wicket in a 300-run fest with Karthik scoring 59 off 19 with just one ball left! They obviously loved the nail-biting format as they restricted Cobham Avorians to 98/4 only to scramble to 99/5 having to be rescued by Luke Westcott with 31* in the final over.

The nail biting continued into December where we played the T20 team again in the first turnaround fixture and put 143 on the board (Karthik 46 off 21) with T20 needing a 6 off the final ball to win, scoring just 4...and we scrambled to another 1-run, last ball victory.

Finally - a top of the table, winner-takes-all clash vs. Walton with a whoever wins progressing to the knockout stages and being named Group winners.

It didn't start well. We fielded first but decided to use the tactic of only appearing with 4 players. That seem to lure Walton into a false sense of security..... messrs. Hanger and Westcott then showed up in the 2nd over and every bowler played their part in taking one wicket apiece as Walton collapsed from 11/0 to 50 all out! In reply Ed & Jake got us to 56/0 in just 4.1 overs to see us across the line against a team littered with 1st XI (Div2) players.

We win the league and now we progress to a knockout stage against indoor specialists Wimbledon at the end of February.

Back to the studio. We are also now in a position to tell you some dates for your diary to pencil in, very important these - we know you look out for them to plan your holidays around, 12th to 19th June needs to have a big red circle around it - it's the big 'un.

Dates for Your Diary...

So its been a while in the planning now, arguably the boldest celebration for 100 years... for all those who have no clue what we're gabbling about we will have been at our current ground, the Edward Stern Sports Ground 100 years this year, and big plans are afoot to honour said life event in the club's history, so let's talk centenary celebrations. Sit down, there's a lot of good stuff to get through.

We kick off the festivities in grandeur on 25th March in typical CCC-style with the big Centenary Celebrations Kick Off Party - and understandably the theme is the roaring 20s - think prohibition (thankfully something that isn't in effect at CCC), Peaky Blinders, the Great Gatsby (no not that fella from Towie) et al. Dig out your flapper dresses and flat caps and let's get things off to a start with a bang.

This will be followed with the long-forgotten tradition of the cricket week (remember those?) with all corners and crevices of the club celebrated and getting a crack of the festivity whip.

We kick the week off nice and easy on Sunday 12th June, rolling out a fixture some of them may well have been around for in 1922 - they certainly were out in force at the last one in 2010 - the Chertsey Legends Day. The current premise is home Strollers v away Strollers, nursing home v nursing home by the sea if you will, so expect lots of japes, banter, "interesting" technique, and the odd star turn.

Monday evening its the turn of the Ladies section to showcasing all the Ladies, Bluebirds, and Blueberries have to offer with an interclub match in the evening.

On Tuesday we see a new format come to town - walking cricket, advocated by President Mark Pulling. Walking cricket was developed as a new concept in 2019 and is an adaptation of the traditional game to suit those with less mobility and cater for different abilities. We're sold. A Chertsey XI will take on the Surrey Walking cricket team in this fixture.

Wednesday there'll be a bit of glamour on offer as The Stage cricket team come to town, and with them a huge following of groupies no doubt. Who knows which thespians may turn the clubhouse corner - Ryan Gosling, Jason Statham, or Barry from Eastenders (we can dream), either way bring your autograph book and selfie stick - one not to miss.

Thursday is a huge night in the week - not just for us but the Social League in their rightful Thursday night home - they are also 25 years young this year - our baby is growing up fast.

Friday sees possibly not the first appearance of the colts this week, the Fri-day sees a school's invite but then they are back in their OG position of a Friday night and taking part in an interclub game for a selected few.

On Saturday its the turn of the seniors seeing league commitments fulfilled and the 1st XI taking on Streatham & Marlborough at the ground, who themselves come from a rich history we'll have you know.

The week concludes with the jewel in our 100 Year Celebrations crown - a Chertsey XI v the Lord Taverners. The odd England legend isn't unfamiliar with the hallowed turf of the Edward Stern (hi Monty Panesar, how's tricks), and we don't want to confirm who we've got pencilled in just yet (that carrot is for dangling later naturally) but its not one to miss - word on the street is we might see some quite prominent England legends, so i think you'll agree we haven't quite seen a fixture as big as this in a long time. The week will then be topped off with as we began the schedule, with a good old CCC knees up, band and all.

You may think that would be enough to get through, but oh no, you know us, if we're doing it, we're doing it BIG - we also hear there will be a curious event running through the season called Cowpat Day, and the Chertsey Premier League aka the CPL will also be sprinkled with a little 100 magic...

Below is the skeleton of the week, which is being fleshed out all the time, so as ever keep an eye via your Comms email and on the socials/website for all the most up to date info.

We will also be offering some fantastic sponsorship packages for the week to you lovely business owners out there so keep your eyes peeled, what better platform to support the club and get your name out there to the masses and beyond. One or two of the events will also be ticketed, and supporting some very good causes along the way.

Just as a side-note we also need you to do us a favour and have a dig around Comms-wise - we've taken on what may be a huge challenge, the club's biggest ever timeline. We want all of it, from 1922 to date, no skeleton left unturned please. No pressure. We have a huge amount amassed so far (big love to Kieran O'Keefe & the Shepherds for their help so far) but if you have info about a CCC life event that needs to be pinned on it, or have any info knocking about you think we may be able to use - memorabilia, stories, get in touch pronto.

Right, well we've bent your ear long enough today, we'll let that little lot settle with you and leave you to get ready for what could be the most epic season at CCC ever.