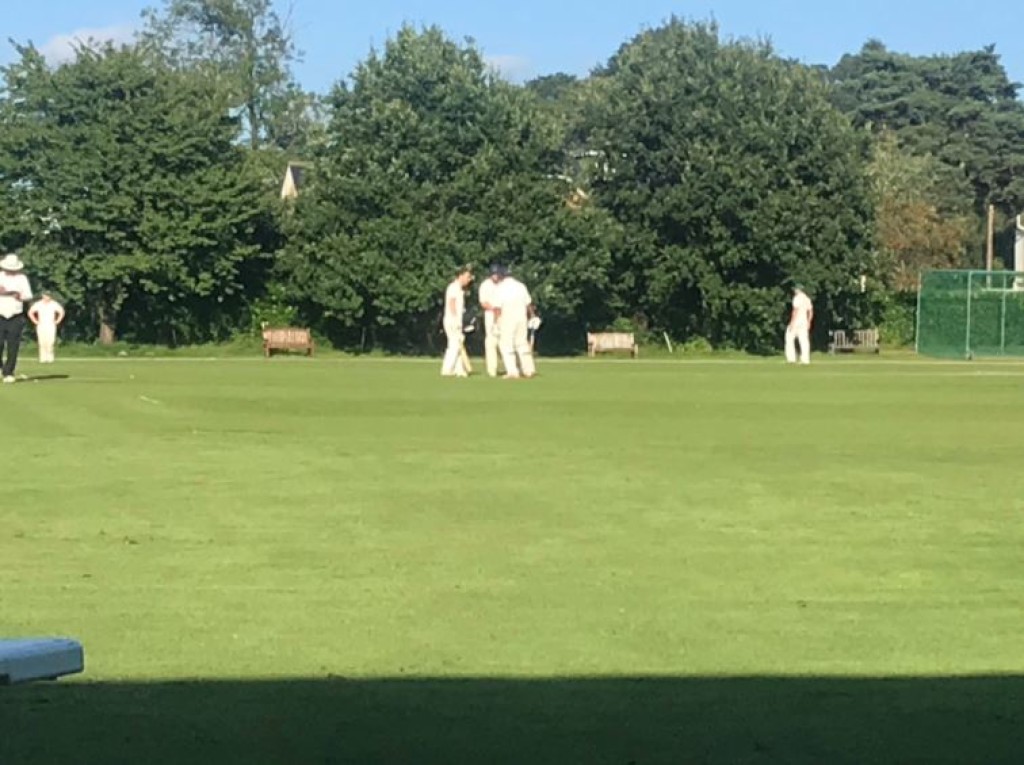 Bluecaps in Brief: We Three Kings

127 days til Christmas.. sorry reader. Let's not get all melancholy just yet, we've still got a lot to give before it gets all cold and grey - oh we're knee deep in the business end of the league season with just three games to go... It's all about the CPL Final next weekend, although the Colts' leagues are done and dusted, the Ladies all but done in their leagues and the Social League also reached its conclusion last Thursday - Marist needed a win against Otters 11 to lift their first trophy since their establishment in 1997 - so, did they do it? *X-Factor style pause* YES THEY DID! Fighting off stiff competition from the Football Club and Pirates they were finally victorious - capping a vintage year of Social League cricket - very well done to the Marist gentlemen.

We're always on the lookout for new Social League teams so if you fancy sticking an XI into the 2022 season gather together ten of your cricket-loving mates and have a go, just bring your inner social - forfeit outfits optional but necessary.

We digressed. So while we wait for the conclusion of the league season, we're sliding into what we call The Bonus Season for everyone else, full of friendlies and teams who otherwise might not be stepping onto the hallowed Chertsey turf - for those who just can't quite realise the nights are starting to close in and its getting a bit cold. Fair play to you though - eek it out as much as you can we say.

Saturday was business as usual for the Senior teams with four games to go in the league and we had a little treat over at Maori Oxshott where the 1s were located at a "sports ground". Now we are always a bit dubious about those sorts of places, cricket is never really that high on the agenda, but buried in the affluent suburb of Oxshott this was certainly not the case - we were treated to a lovely friendly clubhouse, a bit of tennis, a bowls pitch over the way, and something that piqued our curiosity - petanque - something our man in the know Hugh Aish-Lyons has since educated us on.

Treats by the by, there was an important cricket match on. The 1s needed a win to improve their promotion chances and removed both Maori openers swiftly but their middle order dug their heels in and put on a stand - it wasn't a smash bang wallop kind of game (the timeds don't tend to be - last round of it this week) and the last Maori pair dug in (think India at the test match) to eek the 1s' required total up. Luke Westcott had a tidy economy of 1.42, Captain Ogle with 0.25 from his eight overs - it was that kind of game, tension a-plenty. Maori shut up shop in their bowling innings, not giving anything away, the 1s found it difficult to get the ball over the boundary line and wickets tumbled. The drama was relentless, and a third of the way in opener Karthik Menon pulled up with a calf strain and played the rest of the innings with always that weird and wonderful concept, The Runner - Ben Hanger was the choice of legs, and they played a heroic innings, Karthik going on to achieve his highest figure of the season with 59 (who buys the jug?) and seeing the innings through to the last wicket. Unfortunately the hard work was all to no avail, as we had a Maori bowler on fire to deal with (getting an 8-fer), and a dramatic conclusion to the game saw Karthik/Ben's stand come to an end with run-out with 20 required which sealed our fate, a heart breaking end to a nail-biting game, and with Hampton Wick winning their game, wins for the 1s and banana-skin slip ups Hampton's side are now essential with three games to go, and so the drama continues.

The 2s however were not in for any kind of treat over at the Edward Stern against our club bogey team Valley End, as we had an umpire new to the job sending our numbers two and three packing in dubious circumstances - how things might have been we'll never know, but it certainly swung things the End's way and the 2s found themselves in familiar territory. We left them for Egham on 40-4, but post departure James Baldwin, Jonathon Thompson, Hugh Aish-Lyons, and Troy Bolger steadied the ship somewhat and the total came to 88 all out. In reply Valley End had overs to play with and surpassed their requirement.

The 4s were over at the Rec fielding first against Old Ruts, and wickets were shared around like a bag of wine gums (we like that kind of innings), highlights included President Pullo dismissing his two victims for no runs off his eight overs, Mark Lemon continuing to turn heads in senior cricket with two wickets, and Old Ruts went on to make 222-7. In response Ethan Austin had a measured innings, achieving his top senior league batting figures with 24 and Captain Latham with 38 (he's getting good at this batting thing you know), but runs were not on a platter and the 4s came away with a loss.

We did however have a team picking up full points, so it's not all doom and gloom. The unlucky in results of late 3s were over at Egham in the labyrinth that is the Royal Holloway College requiring a win and it was open day (we nearly signed ourselves up on the English and Philosophy BA as we got lost on the way locating some blue caps) and we had a new student too - debutant Ade Clayton - he bats, he bowls, he catches things, i think we'll keep him, and the 3s were in a mood to be giving the lesson, not receiving it for a change. The top order started strongly, Sam Toone with 47 from 52, three fours, two sixes, and the 3s batted right down the order, with ten and eleven Josh Fyfe and James Pearson accumulating 17 between them, wickie Arthur Walmsley not out, the team ending on 158-9. Our experience of Egham thus far is that they can be a bit jammy, but the 3s' afternoon continued  positively, nipping any jamminess in the bud and dismissing the openers swiftly, Captain Lloyd with his only over yielding a wicket leaving Egham 1-1, and the fortune kept coming. Egham were never really allowed to get going - highlights included two run outs, Josh Fyfe three maidens, two wickets for two runs from his five overs, Ade with three catches and two wickets, and the 3s left Egham with a degree in self-assuredness.

Sunday saw opposition in the way of Cookham Dean - and bowling first Josh Fyfe came away pick of the bowlers with 2-25, Jack Reisch popping up with a wicket, and runs came via Felix Reisch (26), Arthur Walmsley with his highest score of the season with 66, Neil Latham (21), and Josh Fyfe with his best senior runs this season with 23, but the win was sadly elusive.

The U13s headed over to Ashford on Monday night to take on the Short Lane crowd in the Ray Denne trophy, a foray out of pairs cricket for some. Chertsey did well, very well in fact, as Ashford had a collapse, Aiden Cassin and Dylan Gamble whipping through the attack with three wickets a-piece and in reply some bombastic runs from Adam T and Aiden Hendriskz sent them on the way to victory.

Tonight sees the crunch match we've all been waiting for - Social League team Dad's Army v Dad's Army (they have enough in their squadron) and all their match fees and "fines" will be going to the Sam Beare Hospice - we salute you men!

No Sunday game due to Private hire - day off

You are buying up your tickets in your droves but you don't have long left to get your tickets for the hottest gig in town - Colts Dinner, and we have plenty to celebrate don't we. To buy your ticket and give us your meal choices head over to the website here at https://chertseycc.org.uk/colts-dinner/colts-dinner, don't miss out!

We're off to work on our carambolage... Tatty bye!