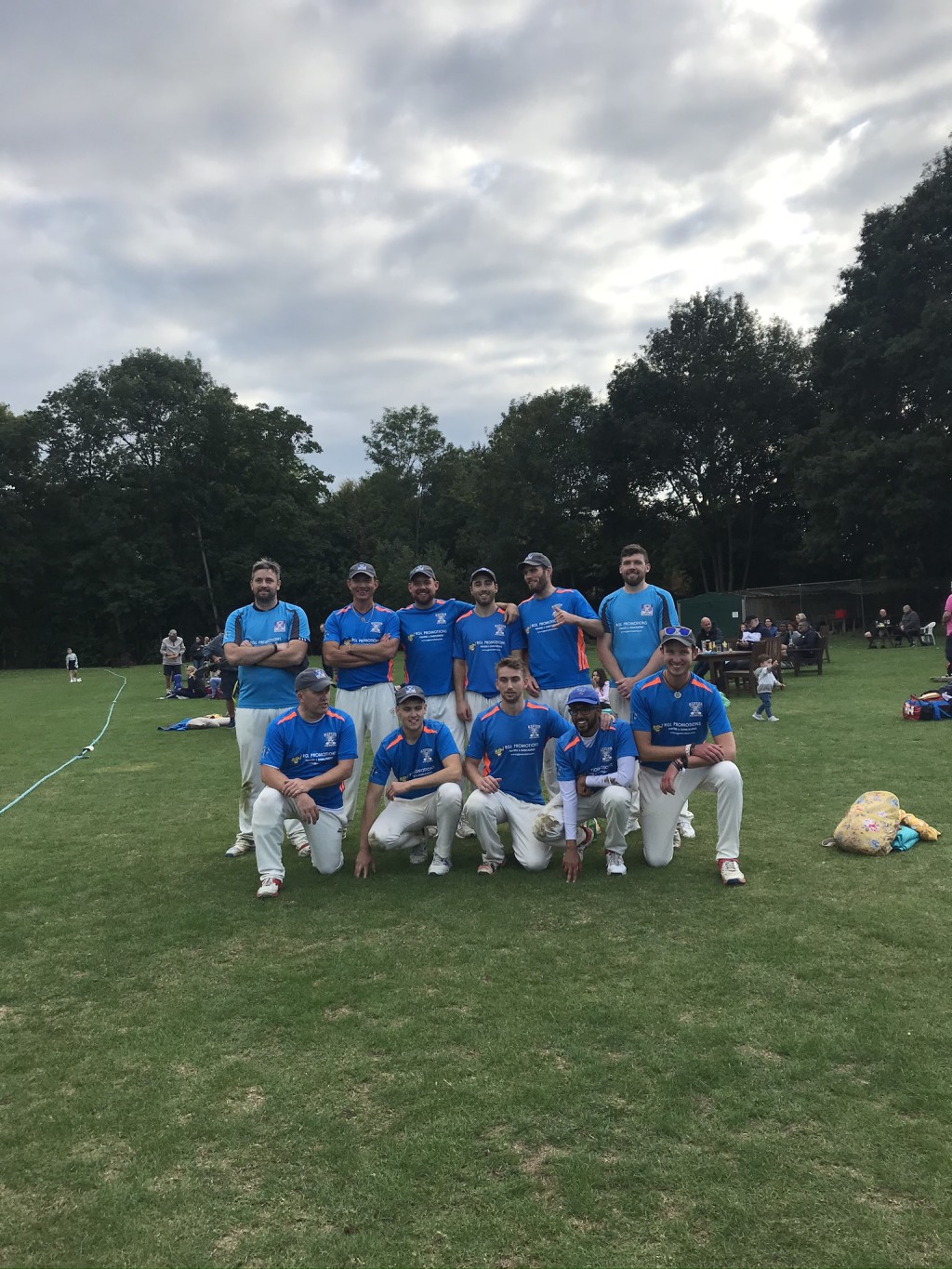 On paper the Semi Final had all the signs of being a tasty match, with big names on either side (we were most worried about all the trouble the Main-Ballerino double act were going to cause us though - they hadn't met each other before), but the Armada lost key wickets early, Matt Main trying to run out at least three of his team-mates, successing with two of them falling victim to being short of the crease, and from this early hit they were just never able to recover properly. Arthur Walmsley, on loan from the Meads Enforcers and keeping for the Knights with Snake finally succumbing to keeping with his knackered fingers, claimed our first piece of history of the day by taking his first CPL stumping, ensuring the record of the first Colt involved with a wicket in CPL history. The Knights were just too strong with their bowling though, Joe Clarke removing the big hitters, and the Knights found themselves needing just 70 to win to get through to the Final. The Knights, with depth in batting, knocked off the score with ease within 12 overs, setting themselves up to meet Meads Enforcers for the final showdown.

Going into the Final 70% of the Insta tribe predicted a Meads win stat fans. Gogmore bowled first. Enforcers needed to set a big score on a deck with not many runs in it, but Dave Risk did what Dave Risk does and went elegantly big, ending his innings on 71 and earning himself the title of batsman of the series, occupying the wicket with our (now) first favourite Kempton player (moved up a couple of places since the win) Big Al shining with a strong 56, and between the pair of them hoiking up some pretty hefty sixes into the neighbour's gardens and Gogmore Park, Big Al looked like he was going to go bigger than he did but departed epicly with Kempton stablemate Joel Miah splitting his stumps, a word in the car on the way home had probably. No sooner had Cap'n Hanger made it to the crease he'd started to run out of partners, the Knights bowlers having to dig deep after such a good performance in the semi. 150+ was deemed out of the Knights' reach by the crowd, and they were set 167 to win.

By the time it came for the Enforcers to bat the crowd (& Comms to be fair) were well "primed" thanks to the filth coming out of Caribbean Socially Distanced Corner, and Matt Main had a microphone in his hand which always leads to trouble. And after a tournament of dirty scoreboards, whoever scored the last bit of the innings had spent a while getting their eye in at said Corner (we're looking in your direction JJ) so it was a strange kind of "fun" trying to dechiper the hieroglyphics in the book, rendering any useful information fairly useless post-match so details here on in are slightly sketchy. Back to the game - the Enforcer's bowlers knew they had a job to do to protect their total - Lloydy was persistent (and getting a lot of love from the pirate ship), John Bailey proving why he has posession of the bowler of the series cap, with consecutive maiden and wicket overs and ending on 2-1 (think we've got it right this time John?), and Ravi Patel and Boasty helped hoover up the wickets, the Knights dismissed without anyone really able to build, all out for 79.

So there was the second piece of history, the first time since the CPl began the Meads Enforcers' name will be printed on the pink bat after being the bridesmaid for three years. Upon receiving the bat from President Pullo there were fireworks, there was "champagne" that wouldn't open, it was a lovely moment, a moment well earnt.

We won't go into detail about the evening (what happens after dark stays after dark natch) but we can tell you we witnessed possibly the most beautiful moment we've ever seen, when Ryan Ballerino (The original Chertsey Prince) and Matt Main (possibly a real Prince) finally came together and realised they were brothers from another mother.

So that's our big event of the "season" done and dusted, quite a feat considering what we've been up against, so well done to all involved for giving us such an entertaining time of it.