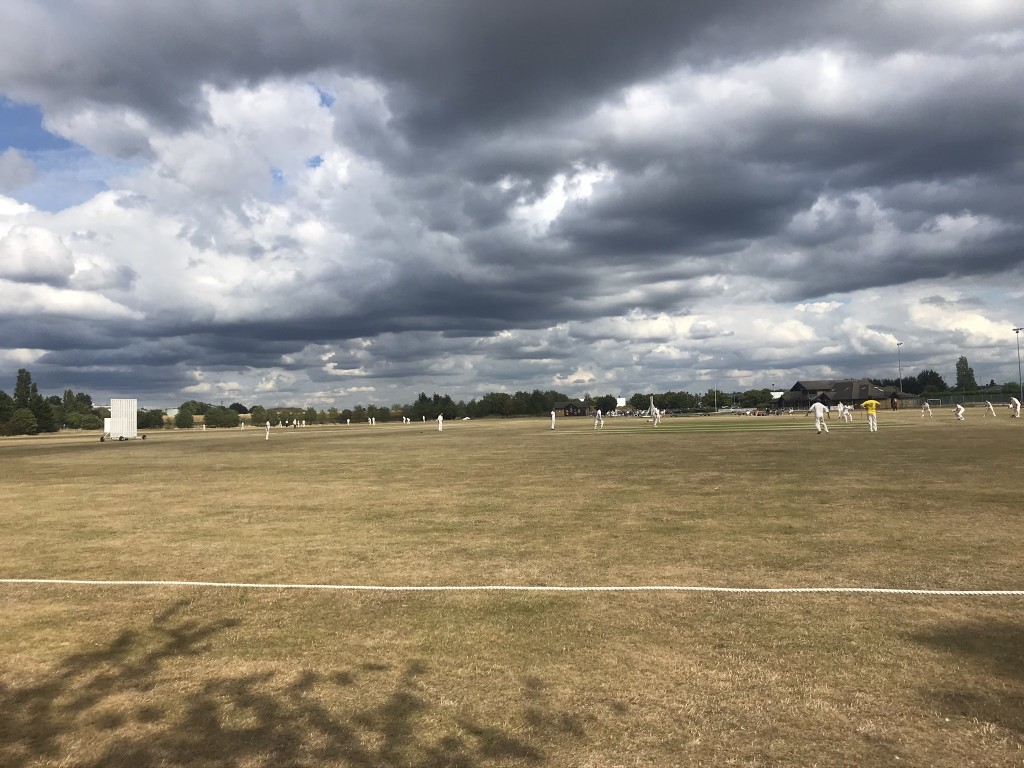 We didn't quite make the trip to Newdigate to hang out with the 1s for their friendly, instead we were otherwise indisposed (more on that in a mo) but they had an absolute whale of a time by the sounds of it, with the majority of the team filling their plate with runs (Elliot Bloomfield, opening the batting and scoring 53, Taylor, 43, Loveridge 43, Burton 41, Adam Powlesland 33*), first team to get 250+ runs this season in a match.

Instead we parked up with the 2s & 4s thrashing it out at Ashford against their respective compadres. Ashford CC, reminiscent of the Nevada desert, is an unforgiving place, very little shade, and the bar's 100 miles away. Primarily stopping us from commencing the drive down the '25 were the 4s, who's match had us on the edge of our seats over on pitch 2. We arrived just as the batting innings was coming to a close, ending on a healthy 142-9. More than enough for the kids to get their teeth into. And chow down they did. If there's one team you need to visit to ease yourself out of isolation gently its 4s, you won't be disappointed, guaranteed theatre - props on this occasion goes to Arthur Walmsley behind the sticks with 3 stumpings, Stuart Greib (not a colt btw), Connaill Keating & Ethan Austin all with 3 wickets a piece, and Dylan "The Panda" Pandya with his first wicket for the senior side, wrapping up the Ashford innings in entertaining style.

Not exactly having such a riot over on pitch 1 were the 2s, who we somewhat neglected during all this mayhem, toiling against a resolute Ashford side, and coming out the wrong end of the situation. The 3s were gifted a rare appearance at the Club v Englefield Green, and after reaching 135-8 after their 40 overs, gave themselves work to do in front of the Edward Stern crowd.

We think the person who had the best time of it though was the 4s' Bruce, who looked like he was Phillip Schofield in the broom cupboard in his shady scorebox, heartily chipping in with encouragement every ball through the flap.