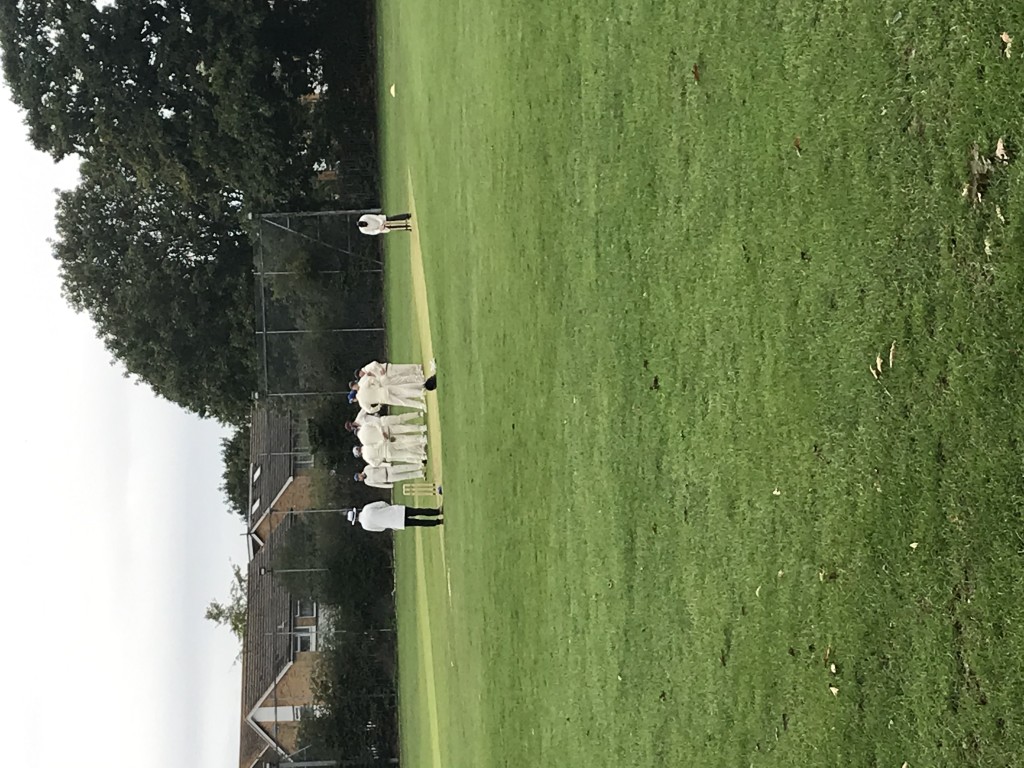 With one school year starting, we liken the last Saturday of the league season to the last day of year 11 - mufty day, players moving around different “classes“, rucks with the rival school (just a Magna thing no?) last ditch attempts to be top of the class before saying goodbye to your mates, that kind of thing.

This season has obviously been very different (due to that thing we don’t mention), and with no promotion or relegation on the cards, for most of the players it was a chance to get one last game in before they say goodbye and disappear into the Winter abyss.

We rocked up to Kempton to check on the 1s and 3s after doing our Chertsey rounds fairly early on and were very confused (as per), there were a smattering of 3s over at the main 1s pitch. I mean we know it was the kind of day you could get away with anything but... there was a logical explanation. They were on their BYOTB having bowled their Kempton counterparts out for 70 in double-quick time. They’d obviously had their mint magnums on the journey over, and we actually thought the 3s may have finished their batting innings too by the time the 1s came back on to field after their BYOTB but they took their time to get the win, 21.2 overs to be precise, which as you can imagine frustrated Cap'n Lloydy, the first time we've seen him un-serene-like all season. The 3s pitch was chilly, and reminiscent of Shepperton's Halliford ground for those who have attended said field, but also having the luxury of a floodlight about 2m in from the boundary (not for them, for the main pitch). The 1s over on the main pitch certainly had the spotlight on them, having an eventful first batting innings, with Cap’n Bogey being sent on his way by the opposition's umpire who was then overruled and retrieved back by the opposition Cap’n, going on to 23 in his “second” innings. The 1s needed to fight for the win by return, and we thought the game had started to go out of reach (spectators had started to depart) in the middle overs, but the bowlers worked extremely hard to make a breakthrough and perseverance came off at 112-6, when we could see there was a glimmer of hope. The scorecard then goes like this: 112-7, 114-8, 115-9, and with just five runs for Kempton’s lower order to win, who themselves battled hard to get over the line, Chertsey finally triumphed, much to the elated crowd.

Over in Chertsey, at the Club the 2s had a couple of firsts, our first five-fer of the season, claimed by John Bailey, and Arthur Walmsley leap-frogged from the 4s to make his 2s debut behind the sticks, a very competent performance we hear. The 2s set a respectable 167 for Kempton to win, but were just pipped at the last.

We thought the 4s were in for a bumper day compared to the week before, judging by the first few overs, Ed Marsh opening proceedings with the experienced Martin Allen. Ed played some lovely shots, and was unlucky to be out for just 10. Experience ruled though, with Boasty top scoring on 63, and Ethan Austin top-biffing on 18 for the Colts brigade. We went all misty-eyed before the match after finding some old 4s scorebooks from years gone by, some notable names in there you know - John Bailey and Troy Bolger making appearances not so long ago (wonder what happened to them?) along with a one Harrison Barnard, who’s Dad Martin, usually a self-proclaimed T20 specialist for Dad’s Army, was just entering his second 4s “long” game ever, going on to take 2-30. We managed to run back from Kempton just in time to see the last ball of the game, but unfortunately not in Chertsey’s favour.

As you would expect with all that’s going on with the P or C word, the usual end of season party was kayboshed so it was a quieter send off than usual, no gossip, no sight in the theme of Kobe throwing his drink over himself rather than down his gob at fines this time. We’ll still be having a little something though to see the season off in style, all will be revealed in the next few days.