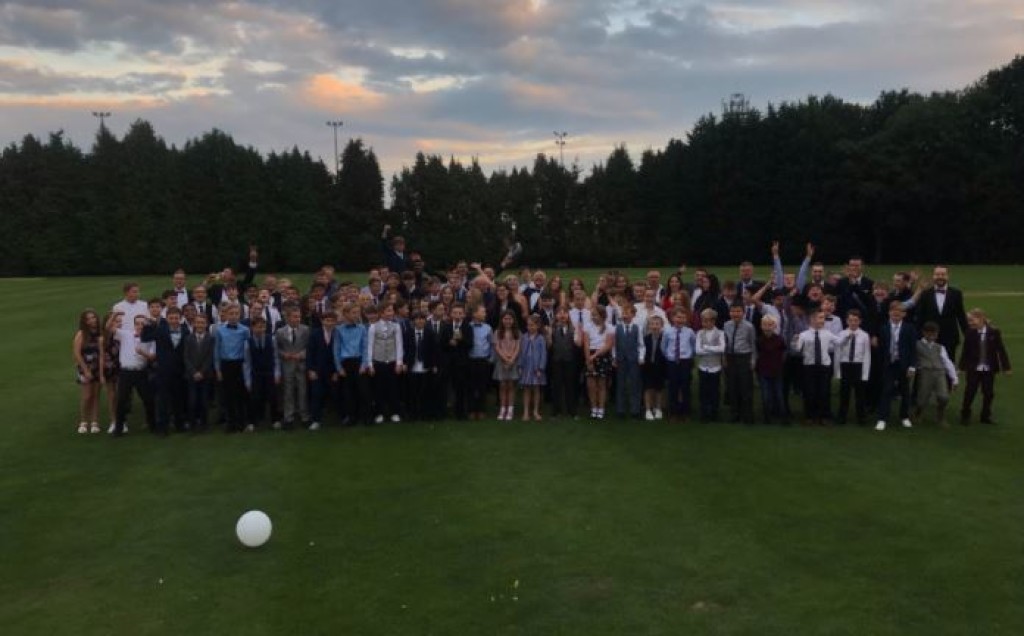 Our Colts Award Winners 2021 are Crowned!

The end of the season was marked aptly with a weekend where all sections were involved, and we hosted our first awards ceremony, Colts Dinner. The biggest one ever. Now, it was our first time on the top table in the biiiiiig tent, and we knew from previous years the decibels were ridiculous, but surely it couldn't be louder than Colts Day could it? Oh yes it could... Especially with the U11s in the room...

Our first point of the evening to address was for Chairman Nuti to honour our dearly departed ex-President Jim Denyer, who was a huge supporter of not only the Colts but all sections across the Club, and the night was proudly in his honour at bequest of him and his family, Chairman Nuti giving a hugely emotional speech.

"This season saw an unprecedented 140 Colts sign on, with an additional 40-odd Bluecaps. For the uninitiated our Bluecaps are school year 1 & 2, so we are sure you can imagine the organising and patience required to run their training sessions. For the last few years Kate Barnes has taken on this Herculean challenge and you need only to see the children arriving at 5.00pm on a Friday full of excitement and anticipation to appreciate what a wonderful job she has done. For many, Bluecaps is the first taste of cricket and it’s essential that that experience is nurturing and inspires them to continue at the club. With her dedicated team of helpers, Kate has made the Bluecaps a very welcoming, fun and at times chaotic group to be a part of - if anyone deserves their free Coaching Pint at the end on the session…it’s Kate. We have no doubt that the Bluecaps of today will be with us long into the future thanks to their first experience of cricket at Chertsey CC with Kate."

Highlights of the evening included the Blueberries and Bluebirds in attendance, the former receiving their first set of awards, and we honoured the Colts who have stepped up to make Senior cricket debuts when called upon, you will have seen us raving about that talented lot in Notable Mentions every week and we are completely in awe of not just them (the thirteen who were in the room) but all the Colts who played this season, we can't wait to see what you all do next. We also honoured our league winners, the U10s, U12s, and U14s, as well as Arthur Walmsley & Ed Marsh who made inroads into the County circuit this season.

Big love to Colts Chairman Felix and his team who helped to get the night together, it was a blast.

Here are the awards winners in full:

Player of the Season - Adam Osborne

Player of the Season - Josh Hawksley

Player of the Season - James Pearson

Player of the Season - Henry Edwards